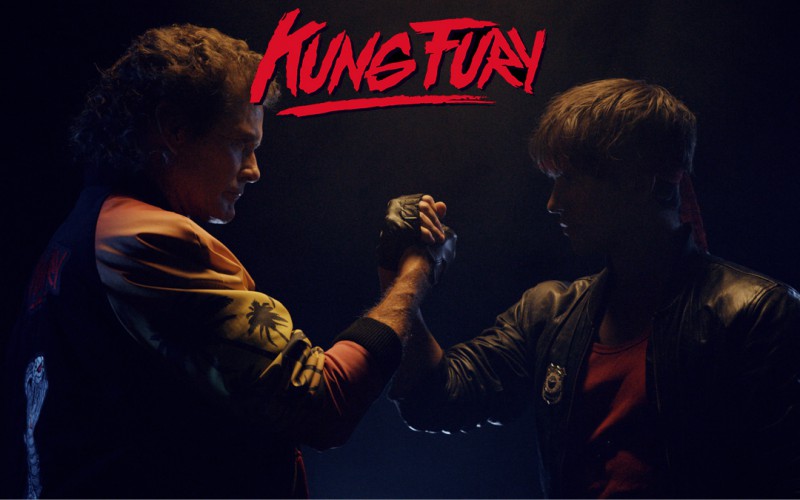 Kung Fury is an over the top visually spectacular action comedy that got warped straight from 80’s cop movies. In my opinion movies with either arcade-robots, dinosaurs, vikings or even mutants for that matter already worth watching. Let alone if all those and more are featured in a movie!

I stumbled upon this Kickstarter project a little late in it’s process but there’s still time to back this project up in various ways and well worth doing so in my opinion. Kung Fury is an offspring of Davis Sandberg‘s imagination on which he worked for over a year with almost no budget but a clear vision of what he wanted. And with the funding from kickstarter, help from friends, family and a lot of green screen it eventually came to be. David also needed more David obviously since he called in the 80’s expertise of the one and only David Hasselhof for the theme song -True Survivor-. So be sure to check that out as well.

The movie itself will released for free on the interwebs the 28th of may and can be found here.