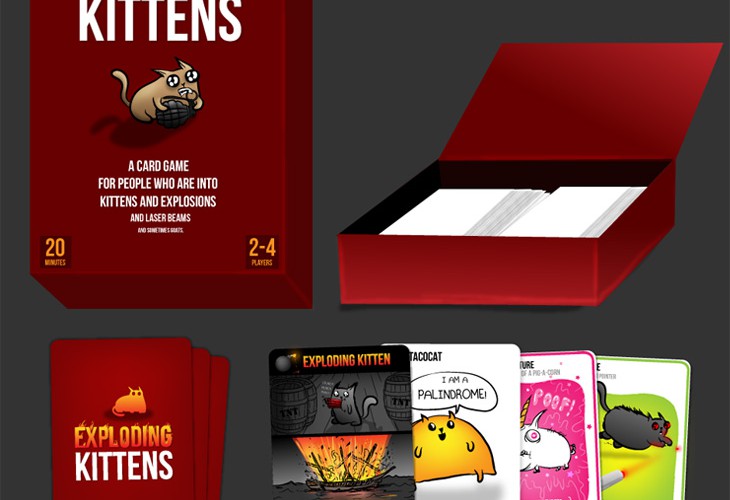 I Stumbled across this kickstarter project a while ago and it instantly grabbed me. As I have a profound weakness for card games and kittens alike this couldn’t do much wrong from the get go. It actually looks like a very intuitive and fun game to play. Especially the boldness that covers the project by starting this type of entertainment in the digital day and age we life in today has to be praised at the least. Never the less the project received overwhelmingly good response and went on to deliver us a new and simple card game bout kittens… that explode in the near future. As for now the game isn’t available yet but you can head over to their site and subscribe to their newsletter and be updated about it.